Once an idyllic land, Dreamlight Valley was a place where Disney and Pixar characters lived in harmony—until the Forgetting. Night Thorns grew across the land and severed the wonderful memories tied to this magical place. With nowhere else to go, the hopeless inhabitants of Dreamlight Valley retreated behind locked doors in the Dream Castle.

Now it’s up to you to discover the stories of this world and bring the magic back to Dreamlight Valley!

This personalized kit focuses on the fantasy world of Disney.

The Disney Dreamlight Valley kit is composed of:

The Xbox Series S is completely inspired from the original artwork of the game. We can find several emblematic elements, such as, on the front, the night thorns that blend with the magic kingdom. The heroes, as well as the game’s logo are an integral part of the customization.

The trees, as well as the towers, are reproduced identically. All the rigour and creativity of our artists allowed the achievement of this amazing project.

The result: a surreal kit allowing a beautiful immersion to the fans of the Disney universe. 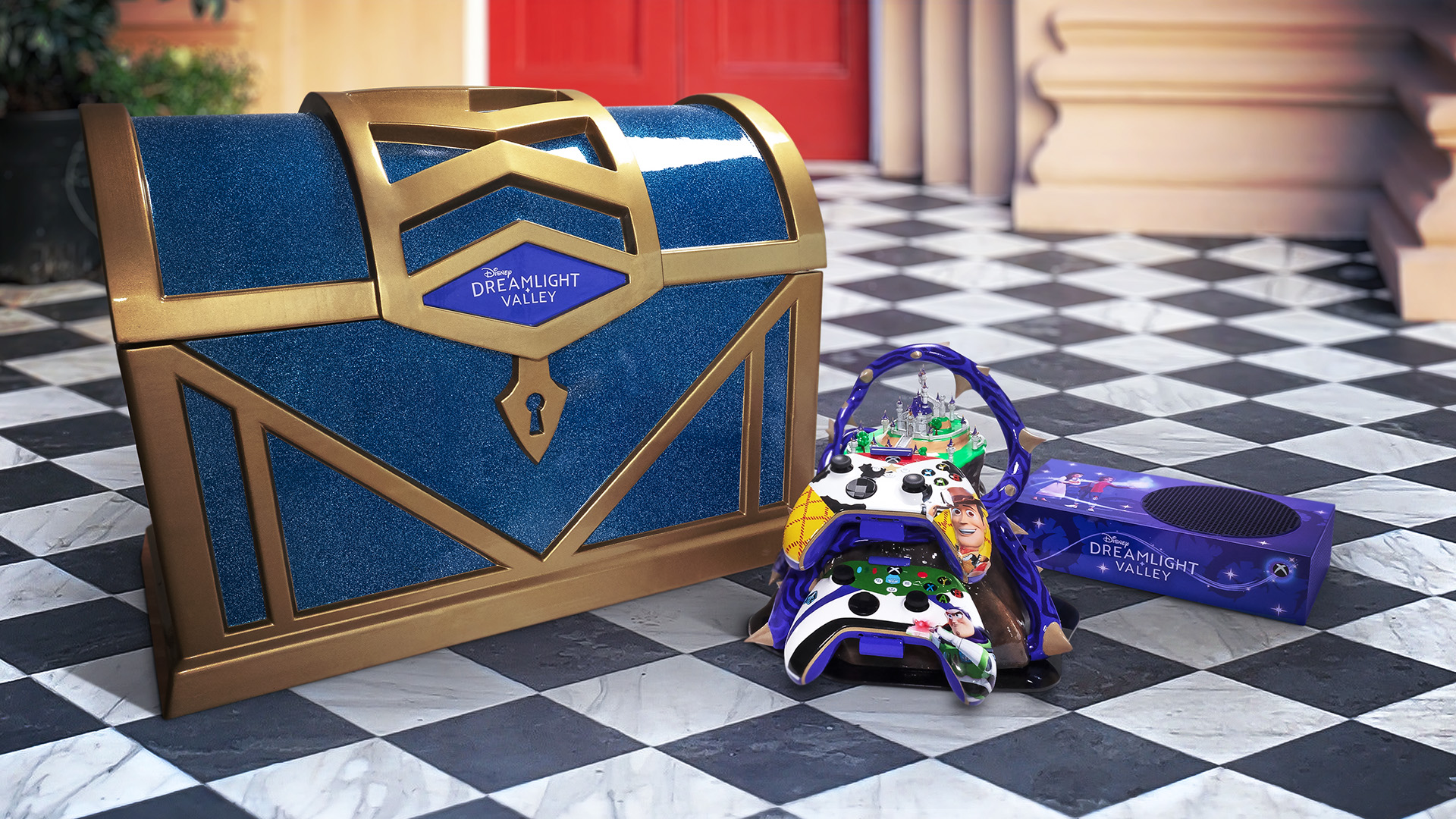 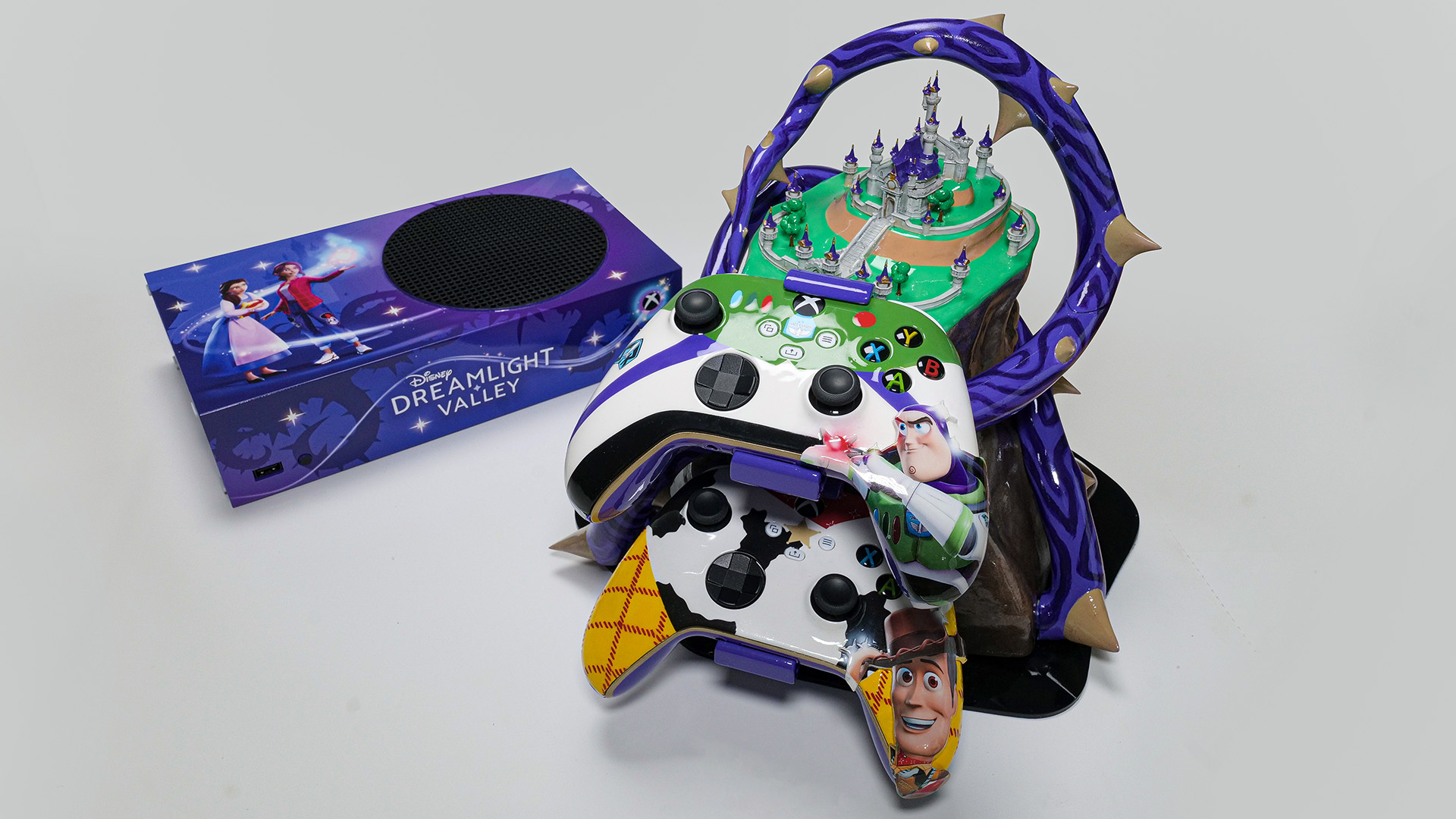 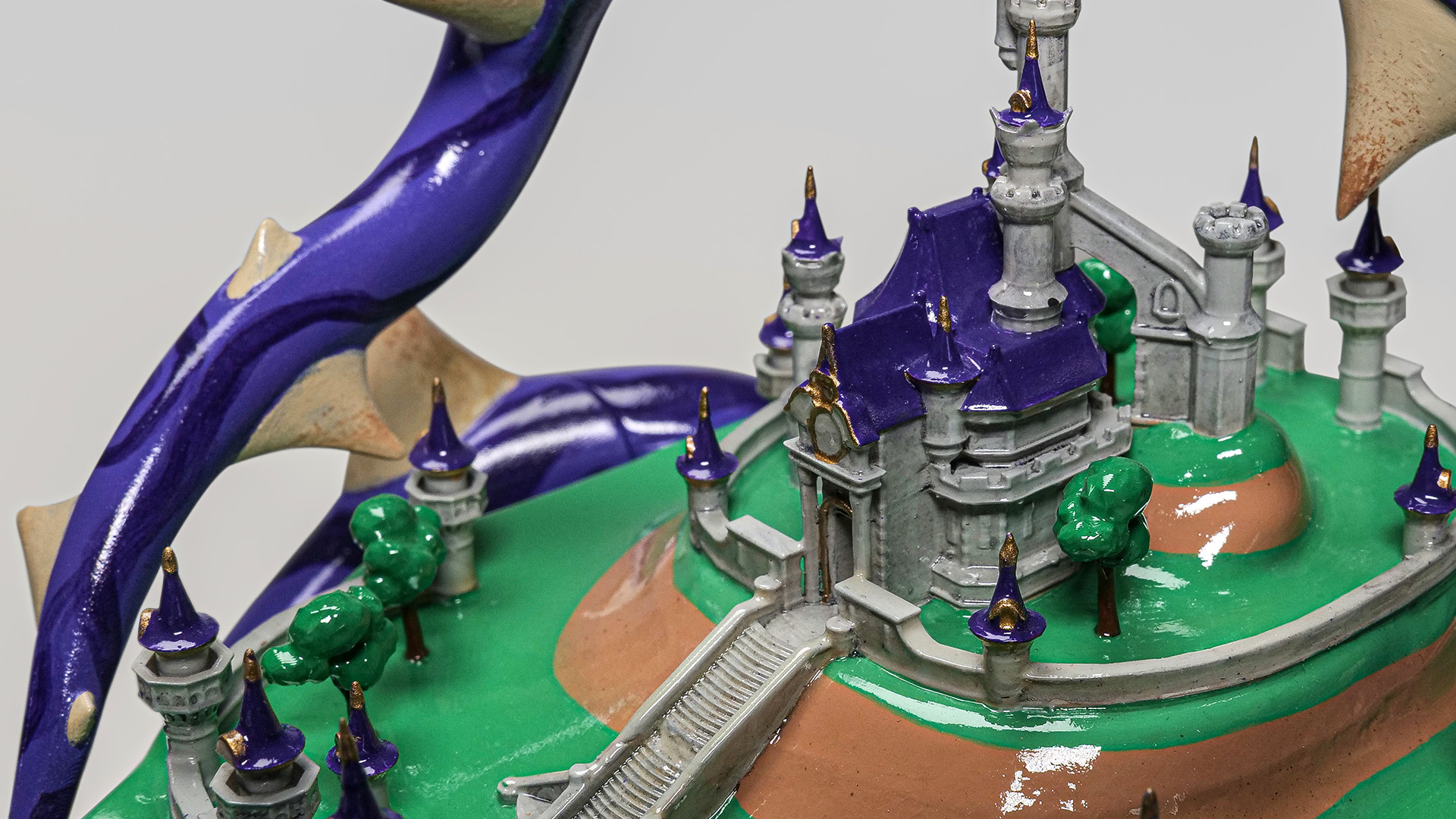 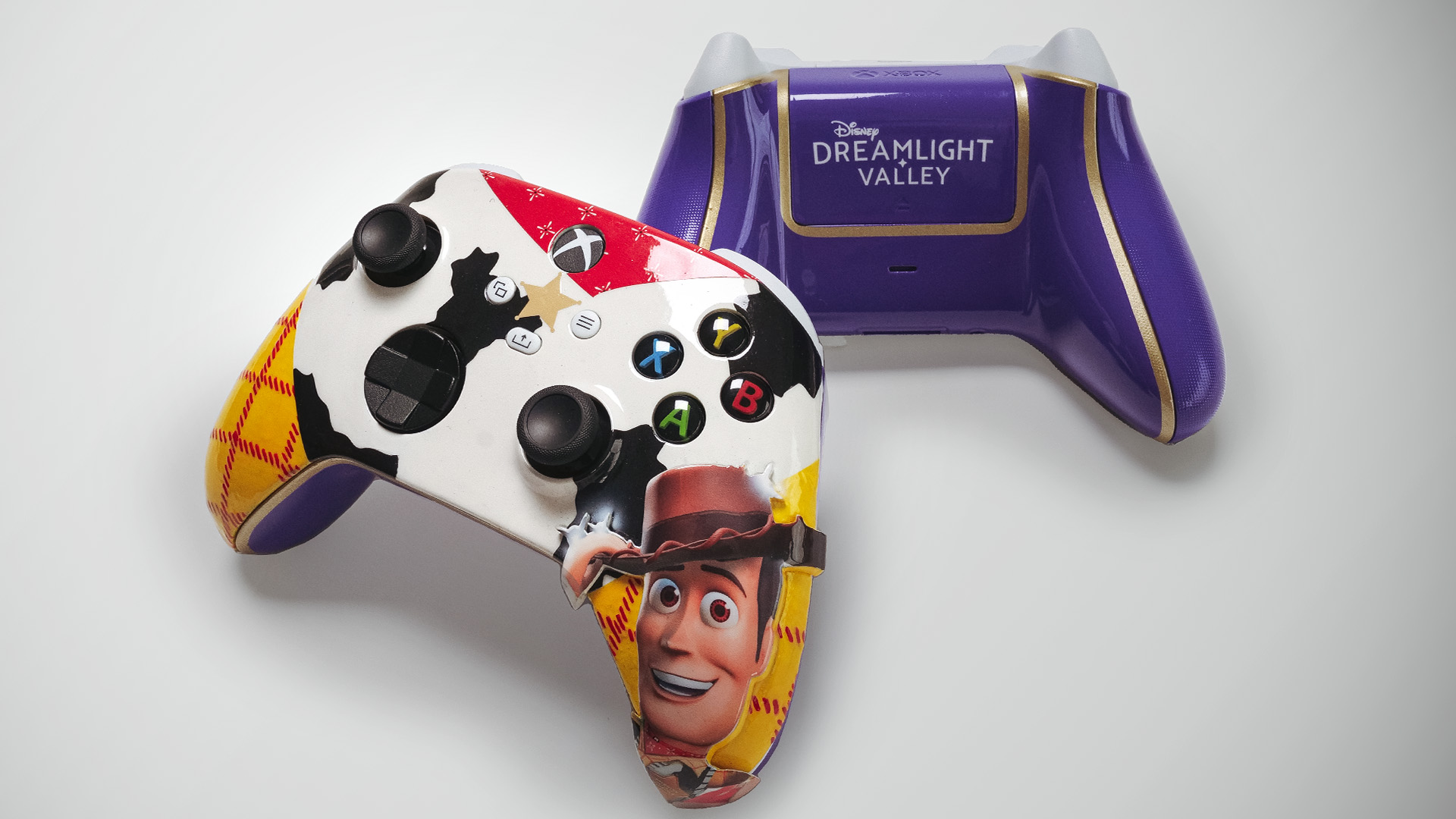 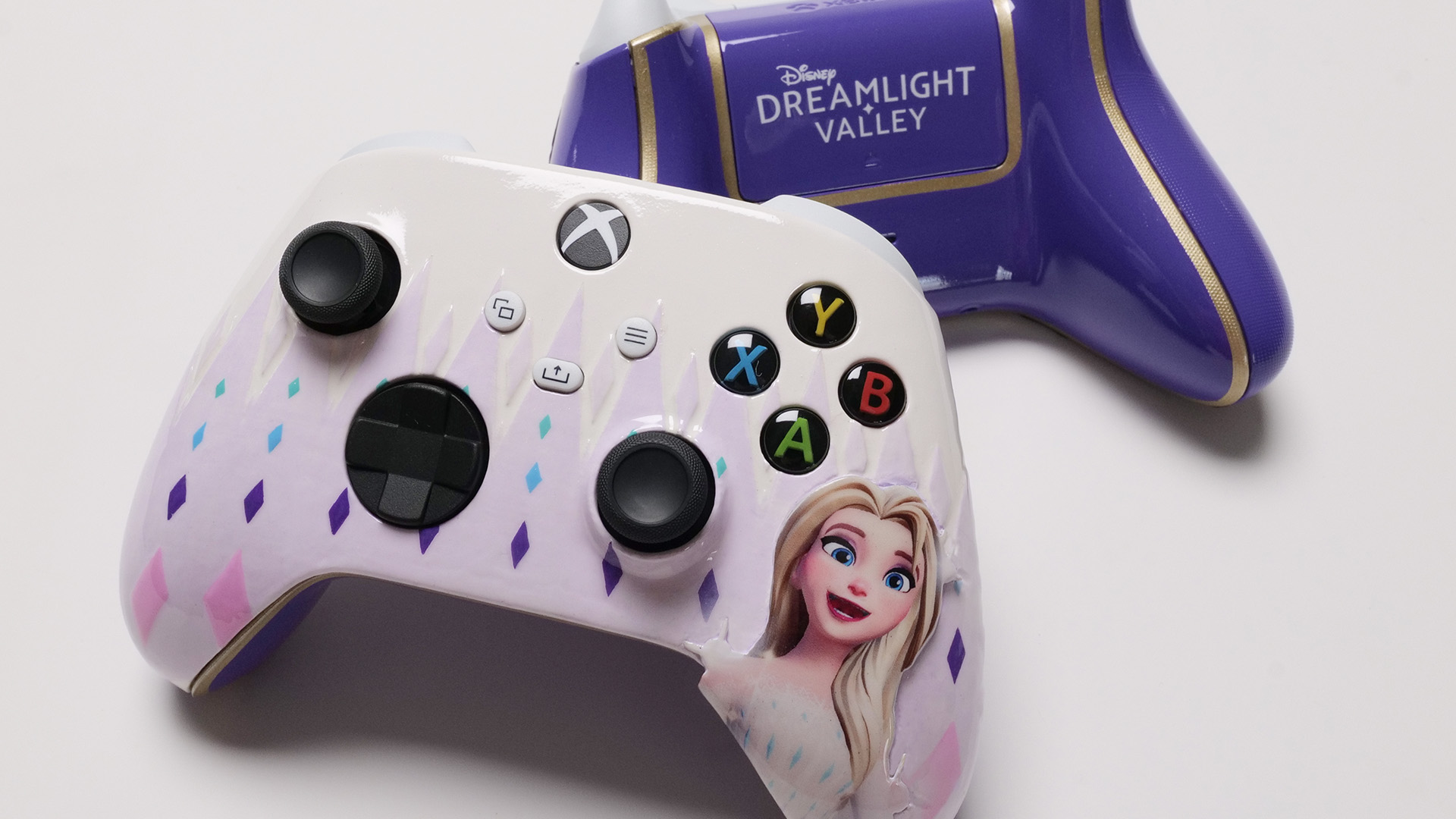 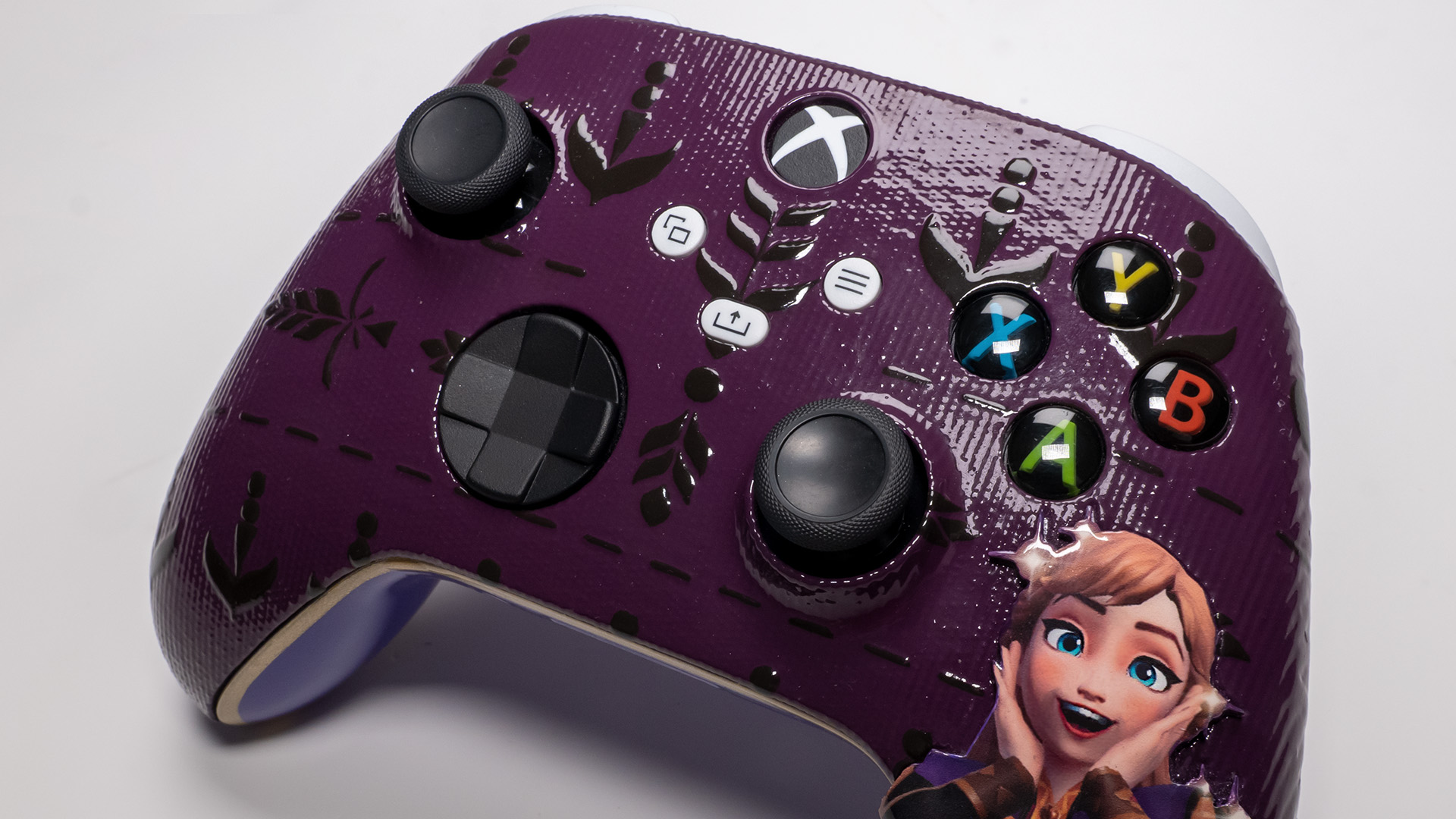