Ubisoft mandated us to create a unique trophy for the Six Charlotte Major winners.

ABOUT THE SIX CHARLOTTE MAJOR

The event had a live audience and was live-streamed worldwide on Twitch for fans ready to cheer for their favourite teams in-person and virtually.

As we were creating a single unit, we wanted to creatively go as far as we could and suggested a trophy design based on the Japanese art of kintsugi; the practice of repairing broken ceramics using a lacquer technique finished with golden powder. Once the idea was approved, our design team moved on to draft designs and the 3D modelling stage.

Our team focused on the Rainbow Six American unit, Thermite, whose role is characterized by his patience, communication and strong leadership skills.

Thermite stands out visually, thanks to his helmet spherical goggles and his unique ability to create a passage through any surface in Siege.  Our team modelled a 3D Thermite bust, complete with a stand, with the schematics sent to our Canadian workshop on completion.

TAKEOFF’s Canadian artisans handled it from there, manufacturing the Thermite bust by hand to give it a ‘broken porcelain’ effect, complemented by cracks and the gold lacquering seen in kintsugi. Once finished, the TAKEOFF team carefully delivered the trophy to the Six Charlotte Major, presenting it to the triumphant team, DarkZero. 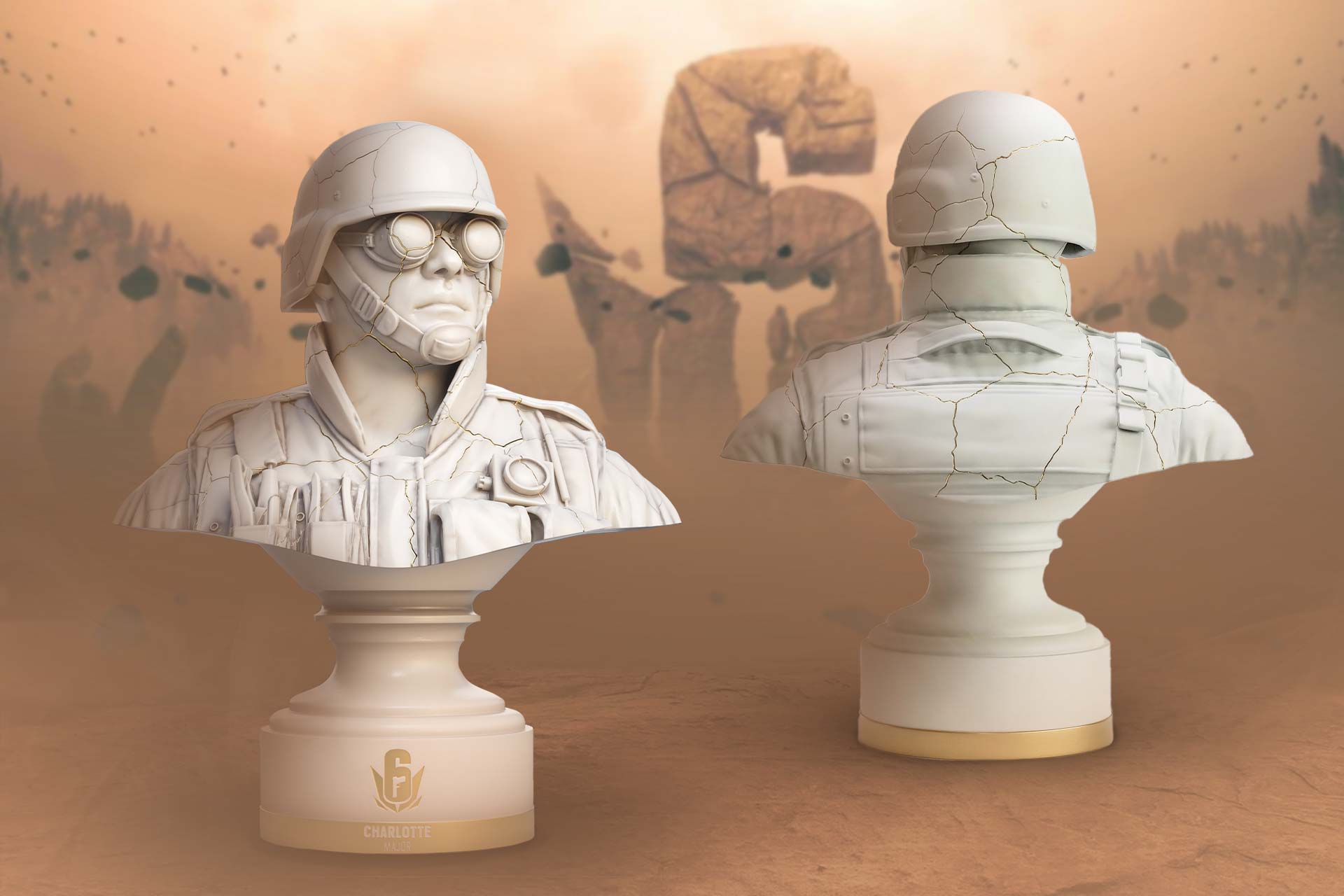 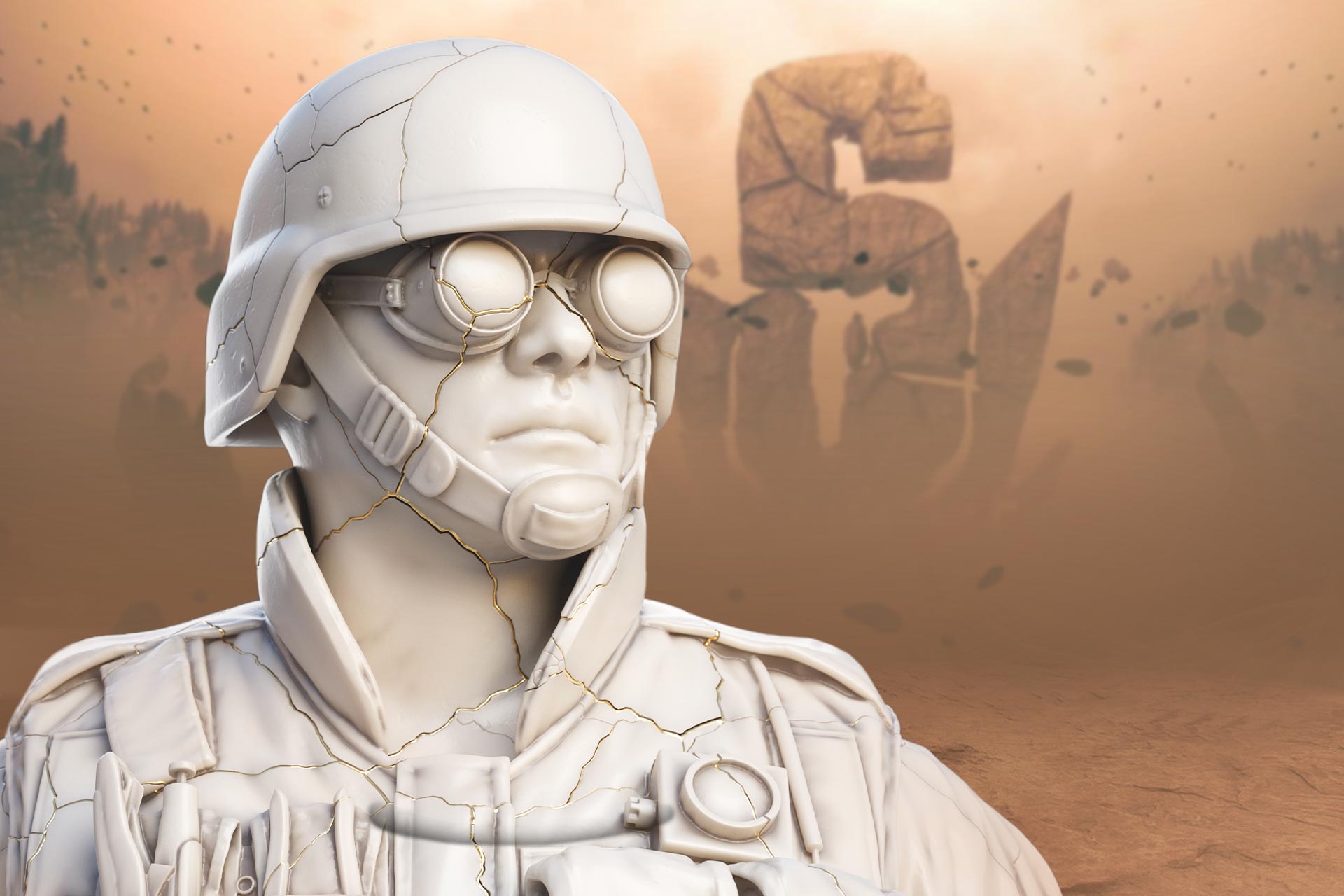 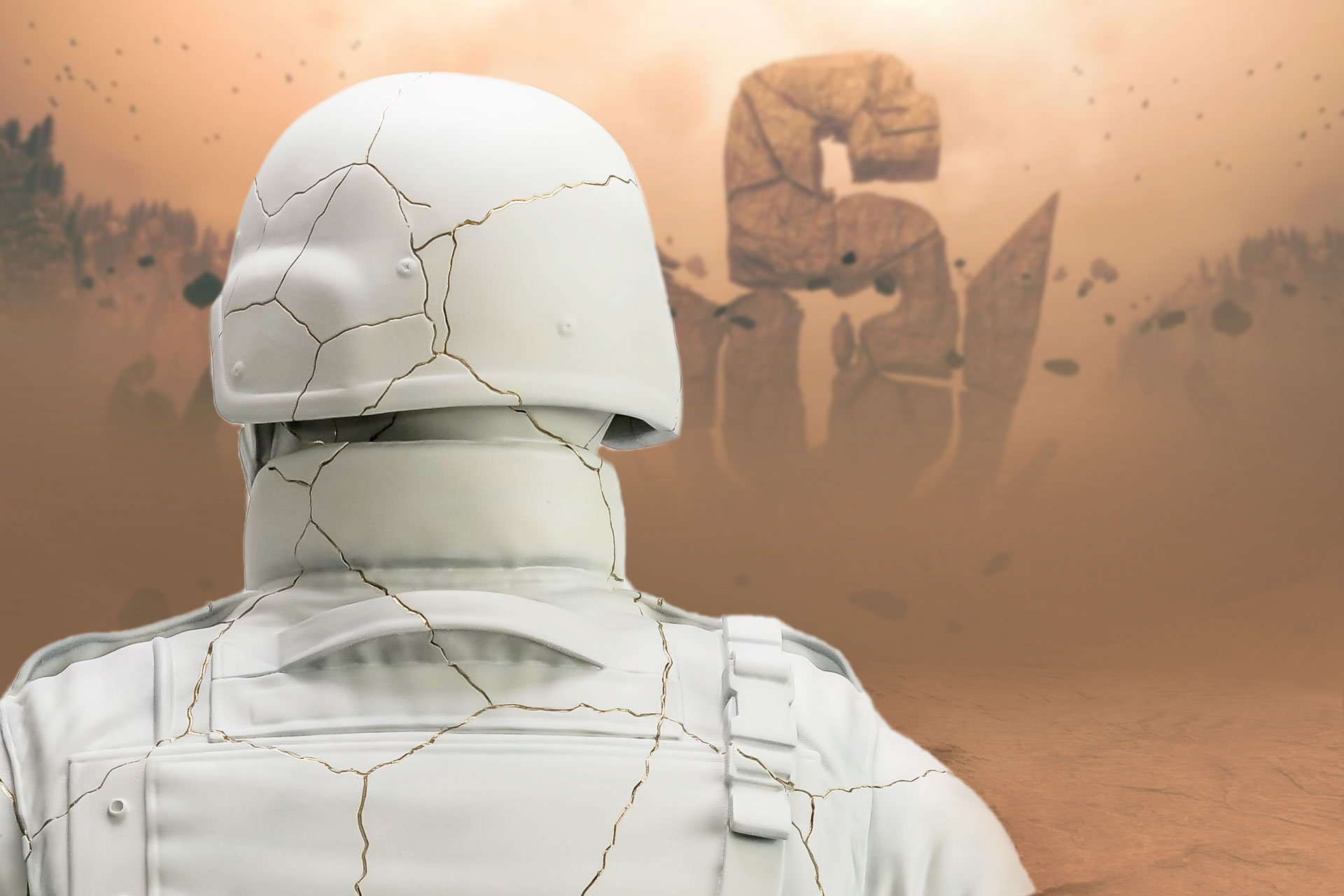